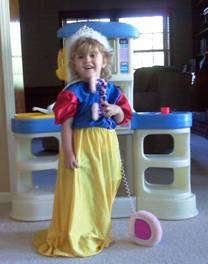 Lola Rosalie Shea was born a little over 3 years ago, 3 very long minutes after I passed through the hospital doors. Now that I’ve had some time to get to know her, I can see the true humor in her arrival (and now that enough time has gone by since I nearly gave birth on Ward Parkway in our ’96, dog-hauling, teal green Isuzu Rodeo). That very day in December, 3 weeks before her Christmas day due date, Lola’s daddy & his Pop-Pop painted her bedroom bright pink. In true Lola style she read this as a clear indication that we were ready; let’s go! As a 3 year old this now manifests itself every morning as Lola takes her time to wake up, but once she’s awake it’s time to get dressed and get a move on. It’s a quality in her that I admire, one that I lack. I have no problem spending the day at home in my pajamas.

During our 48 hours in the hospital after Lola’s birth, nurses would pop their heads in and remark about how she’d been the “3 minute delivery”. As her parents, we proudly showed her off and in those first days often commented on how very quiet she was; she’d passed her hearing test and aside from some initial shock of being born that quickly was very healthy. My husband Ben had been a quiet baby, and like Lola for the first two weeks of life barely made a noise. Our oldest son Jack has more than enough conversation inside himself to fill a house, let alone a room or a few silent moments, so initially we saw Lola’s calm, peaceful demeanor as a blessing! Our youngest child, Isaac, has taken Jack’s chatty cues and run with them. To this day we thank God that Lola is reserved and quieter, not only is it endearing it also compliments her brothers’ inherent desire to make noise at all times. And for those first weeks and months it was nice, but when Lola was turning 2 and had an obviously fewer amount of words than her peers I began to wonder if there was more to it than just her personality. She was trying very hard to communicate with us, with everyone whom she felt comfortable being with, but her words weren’t coming through clearly.

I am happy to say that Lola had Families Together on her side when those questions began to stir. My mom, Lesli Girard, has been working with Families Together for over twenty years and now is the director in the Topeka center. Families Together has been part of the majority of my life; I am quite comfortable with ‘disabilities’. I was able to tap into my resources right away and Lola was evaluated by Johnson County Infant/Toddler. The agency representatives came to our home and more or less engaged Lola in play and conversation. From the beginning, things have been on Lola’s level – at her level of understanding and even on the floor, closer to her eye level. She was found eligible and soon began to receive services, and in order to do so we created an Individualized Family Service Plan (or IFSP). An amazing speech therapist was appointed as Lola’s weekly visitor and as a family we learned many different tools and techniques to aid Lola. Our family is grateful for the early intervention, as it has played a major role in Lola’s abilities to kick down her communication barriers.

Recently we made the transition from in home visits with Infant/Toddler (Part C) to the school system (Part B). Even with my knowledge of the IEP process and vocabulary, it was an intimidating journey. When I read in type Lola’s name and ‘disability’ and ‘significant delay’ I couldn’t help but become a little overwhelmed and emotional. My Mom was there that day, to hold my hand and be Lola’s Gramma and advocate, and gave me a reassuring nod. I was able to remember that these words described a very small part of who Lola is; while these words felt harsh and seemed scary, they paled in comparison to her spirit and her desire to talk with us! My own fears and doubts had to be pushed aside and I had to be her voice, until together we’d found hers.

Over the past year Lola’s annunciation and mouth awareness have matured leaps and bounds. She is becoming fairly easy for others to understand, even out of context. Lola has always had an opinion, but she is just now able to put those feelings and emotions into distinguishable words. She will still have us repeat what she’s said every once in awhile, to be sure that she’s been heard correctly, but it has been amazing to see her frustration at not being understood begin to subside. With our Infant/Toddler speech pathologist, her current speech pathologist at “Jack’s school”, her devoted and doting Gramma Lesli, and the rest of the hearts that have been captured by Lola, we feel very confident that her goal of being clearly understood by Kindergarten seems more than feasible. We know that there is sometimes repetitious and tedious work, transitions, and small hurdles ahead but after all she is the “3 minute delivery” and she’s ours. Ben, Jack, Isaac, and I tell Lola every day that we love her voice; because the truth is that Lola’s voice is even more beautiful than in our dreams, when it hadn’t yet been found. We are excited and honored to keep watering it and seeing it grow!

Complete the form below for more information.

Our Families Together staff aren’t just advocates by profession—everyone on our team has a personal stake in the disability community as a parent, sibling, spouse, or otherwise.

Compliance is an ongoing process on our site.  If anyone has difficulty accessing our website information and resources, we encourage you to email us or call us at 785-233-4777 so that we can improve our efforts to accommodate our audience.

Families Together is here to assist all Kansas families and transition age youth who have disabilities and/or special healthcare needs ages birth-26.